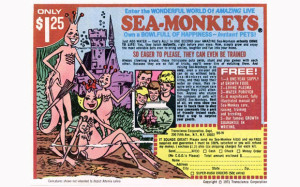 The story of that night could be summed up in two lines: “Life had flipped.  This was the X-ray.”  The Daisy she had been up until that moment disappeared.  Someone new took her place, someone fearful and disappointed in the world, and over the years that fear and disappointment had grown.  She looked at the text her friend, Janie, had sent after their brunch.

This isn’t you.  You have never been depressed a day in your life.  When I saw you walking to the restaurant, you looked scared.  This is NOT THE DAISY I KNOW.  The Amazing Daisy was never afraid.  Sometimes you were so fearless I WAS SCARED!  Like in eighth grade when you and Lindy Watson took your mom’s car to go buy beer and you had never driven in your life and it was a stick shift!  That was it for me.  I couldn’t keep up, LOL.  Please, from someone who loves you, go see someone, get on medication—there is a lot of help out there.  You deserve to BE HAPPY!

Janie’s text was painful.  Daisy had sensed she was losing her mojo, but she hadn’t thought anyone would notice.  Janie had, and Daisy was embarrassed.  She had let the world down.  She was no longer the fun girl screaming with laughter as her mother’s Pinto bucked and jerked and squealed its way through the intersection of 26th and Holgate, a short case of Mickey’s Big Mouth hidden beneath a sweatshirt on the back seat.

Where had she and Lindy of the goopy blue eyeliner found the money to buy beer?  Oh, yes.  Daisy had a distinct memory of tiptoeing into her little sister’s darkened bedroom, opening the jewelry box, and extricating two folded two-dollar bills, the ballerina unmoving, oblivious.

Mickey’s Malt Liquor.  Daisy’s mouth watered, and she felt ill just thinking of that green hillbilly in a bottle.  The same went for sloe gin—whatever that was—and she knew that if she wanted to make her little sister nauseous, she need only say two words: peach brandy.

Back to the story.  The deeper truth was that the real Daisy, The Amazing Daisy, her nickname when she was at her wildest, took risks.  She and Lindy wanted beer.  They were only thirteen.  What to do?  Take those two-dollar bills that had been sitting in Heather’s jewelry box since 1976.  And while you’re at it, take the pink rabbit’s foot, too—she’ll never notice.  (Only she did, Daisy remembered—the very next morning.  “Somebody robbed me,” Heather screamed from her room, and Daisy had run straight out the front door, the rabbit’s foot swinging from her belt loop—a blatant admission of guilt, she saw now—not stopping until she reached the playground at school, which was empty but for a dog chasing seagulls on the field.)

Back to the night before.  After procuring funds, which included raiding her mom’s boyfriend’s hippie pouch for quarters—Daisy and Lindy huddled.  Now that they had money, how to get to Penny Wise, the store that was happy to sell to minors, its unofficial motto being, “If you have money, we have beer”?

“Let’s take the car,” Daisy said.  “Everyone is somewhere.  They might not be back until late.  Really late.”

“Cool.”  Lindy smiled her rabbity smile, and Daisy had the urge to smush her chubby cheeks.  “Do you know how to drive?”

“We’ll figure it out,” Daisy said, feeling crafty.  “It can’t be hard.  My mom just puts the key in and goes.”

“I like the purple kohl on your lips.”  Daisy grabbed a stack of Oreos.

Lindy held out her hand for a cookie.  “It looks good on you, too.”

“I’m so in love with Rick James.  What if we took the car and met a guy with glittery braids?”

Driving was surprisingly difficult.  Who knew that keeping the wood-paneled Pinto in a straight line would be so hard?  Between the gas and the brake and the other brake and the really-hard-to-turn steering wheel, driving was like a test you wish you would have skipped.

The car bounced up onto the curb behind the 7-11.  The girls bounced with it, hitting their heads on the ceiling.  Lindy screamed.  Daisy laughed, tears burning her eyes.  “Why are there so many mugs in this car?” Lindy cried.

Daisy was laughing so hard she couldn’t speak.

Coffee mugs chinging everywhere.  Strange needles and meters on the dashboard.  A possum waddling through the pooled headlights.  It was like that: Daisy would act tough and, instantly, the tough part would take over and she’d have no choice but to go along, which wasn’t bad because the end result was always fun.

It would be years until the fun stopped, as abruptly as the Pinto did when Daisy turned onto 31st street and saw a car in the driveway.

The Pinto screeched to a halt.  Crybaby Bob’s VW Bug sat in the driveway, and it was like him, Daisy thought, burned out and silly with its painted flowers and peace signs and psychedelic swirls.  The driver’s door was smashed, and you had to get in on the passenger side.  When the neighbor lady hit Bob last summer, he’d come home and cried on the couch for an hour.

“Nothing I do…” he kept saying.

“You do.  You do do.  You do a lot,” her mother murmured, and Daisy, listening in the kitchen, had smiled because nothing they said made sense.

“Maybe…”  Her mom’s voice was hesitant.  “Try not to smoke before you go out.”

Daisy giggled and ran outside and down the block to go get Lindy.

Bob was boyfriend number three after Daisy’s dad moved to Japan, never to be heard from again.

“He’s there on business,” Daisy’s mom said, stink waves emanating from the home perm on her head.

“Is he coming home?”

“He needs his space.”

“Clear across the ocean?”

“What’s wrong with his head?” Daisy cried.  But Carol had no answer—it was time to neutralize, to take out the rods—so Daisy gave up.  She sometimes pictured her dad on the other side of the ocean with a new Japanese family, like his old one only smarter and more streamlined, and there he was, Marvin, for that was his name, with his big square head and square black glasses, smiling proudly like the dad in the ad for Sea Monkeys.

After her obsession with Squirmles, little squirmy things on a string, Daisy had become obsessed with Sea Monkeys, and after seven years of begging, her mother finally let her order them from the back of an Archies comic book.

Sea Monkeys were a hoax.

They were not a happy family with crowns and pretty blonde hair, relaxing in a bowl, smiling at you through the glass.

They were bits of nothing and they didn’t do anything and you could barely even see them, and one day the dog drank them up and that was it.

They were like us, Daisy had thought as she dropped the bowl in the outside garbage, and no, she did not want to make a terrarium, Mom.  Daisy and her mother and Heather—they were the lame Sea Monkey family, the dirty duck pond water family, the ones her dad had left behind, and who could blame him for wanting to go far away, to find people who were nicer and calmer and didn’t yell and throw coffee mugs (Daisy’s mom) or refuse to go to bed (Daisy) or have vampire teeth that cost a fortune in braces (Daisy and Heather) or throw up candy corn in the backseat of the company car (Daisy).

Marvin gave the girls the two-dollar bills the day he left.  When Daisy stole them from Heather’s jewelry box, she’d thought, “Good, get rid of them all; there shall be no two-dollar bills in this house.”

Now they had beer instead.  Only Bob’s VW Bug was in the driveway, which meant her mother was home, which meant trouble.

Daisy tried to park straight then gave up.  They pushed the car doors shut, shoved the beer in the bushes, and walked inside.

Bob was waiting on the landing.

Why? Daisy wanted to shout.  Bare feet and hairy toes and cut-off shorts that were always way too short and a T-shirt for some gross concert she would never be caught dead at—why was this weirdo living in her house?  And hadn’t he ever heard of funk?  The Dazz Band and Parliament/Funkadelic and the Commodores and Earth, Wind & Fire and everything that was good and not embarrassing?  Bob had a ponytail.  He smelled like a fancy goat.  Instead of deodorant, he wore some kind of oil that he kept in a velvet pouch on top of the dresser—frankincense—Daisy had found it during one of her sweeps for money and roaches.  “He’s one of the Wise Men,” she told Lindy, and they’d laughed a long time, probably because they’d stolen one of Bob’s roaches from the edge of the bathtub earlier.

He took baths.  Guys should not take baths.  It was just wrong.

“Where is your mother’s car?”  Bob had a gleam in his eye, and Daisy could see how excited he was to get her in trouble—there was nothing he liked more than to be a narc.  “Who ate all the Fudgsicles?” her mom might ask, and Bob would be the first to pipe up.  “Well, your daughter left four sticks next to the TV, and they’re sitting there as we speak, covered in ants.”

That time was good, though, because he got in trouble for not cleaning up.

Bob repeated his question.  “Where is your mother’s car?”

“Where have you girls been?”

Bob’s eyes widened.  “It’s your tone,” he said, shaking his head.  “It—no, I feel that when you use that tone, it’s—I hate to say it—really bitchy.  It makes me feel sad, Daisy, and I’m just trying to hang in there, like you and everyone else on this big blue ball we call home.”

Daisy thought of the poster in her bedroom, the kitten doing a chin-up on a bar and beneath it the words HANG IN THERE.  She looked at Bob’s skinny noodle arms.  He probably couldn’t do a pull-up, and she was the arm-hang champion of her school—she had the Presidential Physical Fitness patch in her jewelry box to prove it.  “Did you just call me a bitch?” she asked.

Bob looked scared.  “No, man.  I’m just confirming.  You were outside with the car.”

“If the car was outside, and we were outside, then I guess so.”  Daisy shrugged.

“Shall I touch the hood?”  Bob’s tone was oddly formal.

“Shall I touch the hood?”

Lindy giggled, and Daisy tried not to laugh.

Bob sighed and shook his head.  “Just keep it down, OK?  Your mom has cramps, and I’m feeling really vulnerable lately…”  He wandered downstairs to the garage, where he smoked pot and listened to Steely Dan records.  He wasn’t allowed to smoke in the house because of the girls, but guess what mom, the garage is part of the house, and it’s not like we can’t smell it.

“He sure feels a lot,” Lindy said as they retrieved the beer from the bushes, fumbling in the dark.

“He’s like a lady but not.”  Daisy hesitated.  “Hey, let’s go knock on bedroom windows.”

“We’ll start with Greg then go to D.C.’s.  We’ll scare the guys and make them come with us.”

“And then we’ll party in your room.  So much fun.”

As Daisy walked past the Pinto, she rested her hand on the hood.  It was warm, as if still excited by their late night joyride.